The October Effect and US Midterms

Global equities rebounded this week following torrid performances across all geographical regions in October. Historically, October has marked some of the largest market crashes, including the Panic of 1907, Black Monday (1929 and 1987) and the most recent recession in 2008. The ‘October Effect’ is more likely to be rooted in psychological expectation rather than any actual concrete phenomenon, however its impact was felt far and wide by investors over the weeks gone by.

This week, President Trump attempted to ease trade worries by swapping his customary sabre-rattling  for more conciliatory remarks about faltering Sino-US relationships. With the US mid-term elections next week, many see Mr Trump’s attempt to placate markets as a timely, tactical move. The President’s approval ratings have plunged in recent weeks against the backdrop of anti-semitic hate crime, a contentious immigration crisis and a series of mail-bombs delivered to some of the President’s most prominent critics. Mr Trump now relies heavily on his pro-business fiscal stimulus package and admonishing of the Fed’s monetary tightening policy in order to ensure that Republicans don’t lose their slim majorities in the House of Parliament and the Senate. Investors will be waiting anxiously next week for what is considered to be one of the most divisive mid-terms in recent history. 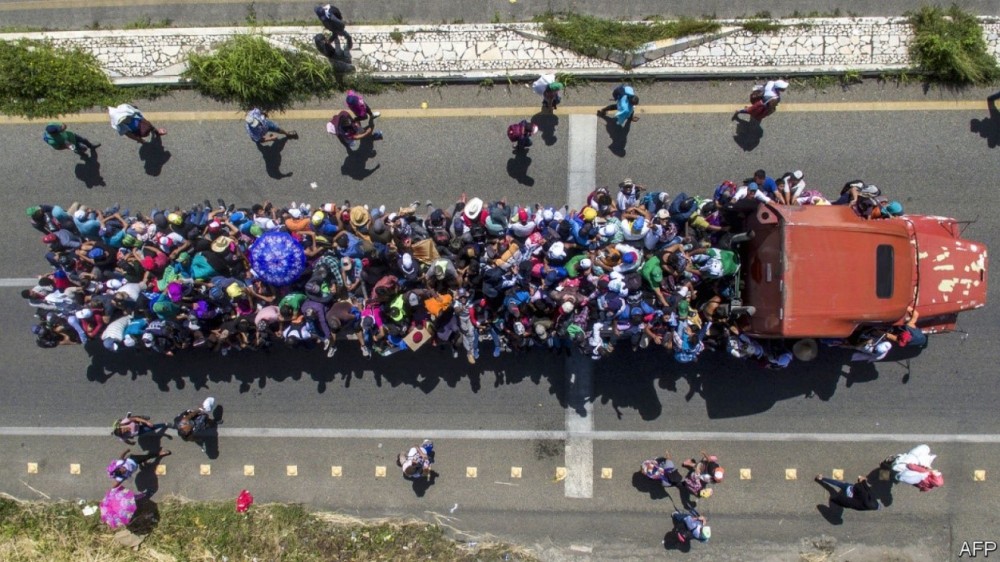 Following the worst month for global equities in six years, stocks began November on a relatively firm footing. Recent spikes in volatility and plummeting prices have incentivised investors to scour the markets for buying opportunities. Such bargains are fleeting but they have managed to stem recent heavy outflows in the equities market.

The S&P 500 was up 2.4 per cent for the week following positive news about the US economy. 250,000 jobs were reported to have been created in September and average hourly earnings increased at an annual growth rate of 3.1 per cent. This marked the first time that the closely watched growth rate had exceeded 3 per cent since the global financial crisis.

Shares in Apple plummeted by as much as 6.2 per cent after releasing a disappointing outlook for the holiday season. Adding fuel to the fire, Chief Financial Officer Luca Maestri announced that Apple would stop reporting the unit sales for Macs, iPhones and iPads. Mr Maestri argued that such figures were no longer valuable because of the “wider variety price points and models” that the tech giant now offers. Investors are already anxious about signs that Apple’s growth has peaked and any reduction in transparency is likely to weigh heavily on the share price. Partly because of the Apple furore, the tech-heavy NASDAQ ended the week lower, falling 1.2 per cent in Friday’s trading. 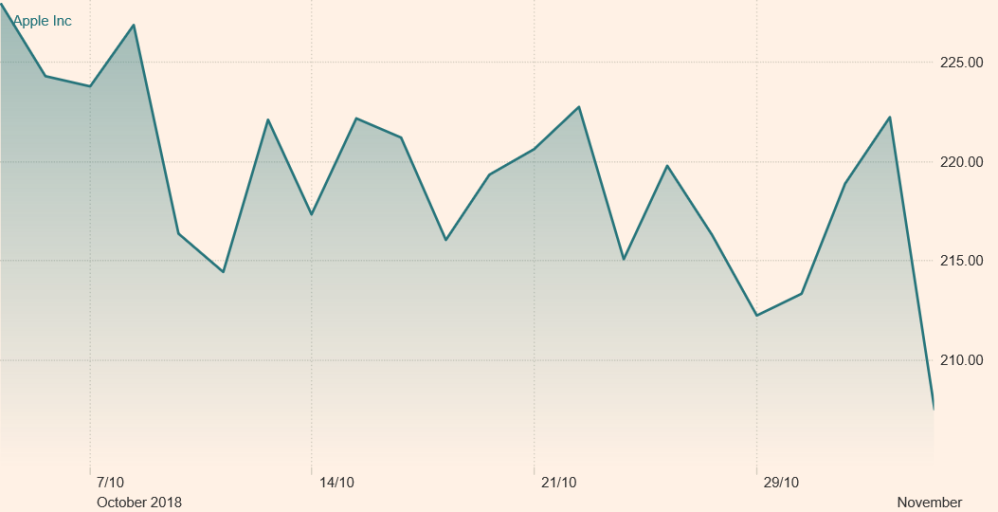 Off the back of promising US-China trade negotiations, Chinese equites had a very strong week. The CSI index of mainland Chinese stocks climbed 3.6 per cent and the Hang Seng index in Hong Kong rose by 4.2 per cent.

Sovereign debt markets were relatively subdued this week. US 10-year Treasuries ended the week flat but still comfortably above 3 per cent. There was a reversal in the spread between Italian and German 10-year bonds as the metric fell 10 basis points. The spread – a widely used measure of Eurozone stability – has risen precipitously in recent weeks following the populist Italian government’s breach of Eurozone rules. The announcement of a planned 2.4 per cent budget deficit has led to a deterioration in the already fractious relationship between Brussels and Rome.

Sterling showed promising gains early in the week as hopes rose of an imminent solution to the EU-UK divorce negotiations. Sterling soared 2.1 per cent against the dollar on Thursday after the Bank of England signalled that it could decide to revise its interest rate policy upwards, should the UK achieve a smooth exit from the EU.

Brent Crude, the international benchmark, continued to fall this week amid concerns about a slowdown in global growth which could lead to reduced demand for oil. When the demand of a good decreases, suppliers must decrease the price of the good in order to find a purchaser. Just last month, Brent was selling at $86.74 a barrel and it ended Friday’s trading at $72.83 – a 16 per cent fall.

On Tuesday, US voters will head to the ballot box to weigh-in on the midterm elections. The outcome will have a huge impact on President Trump’s capacity to pass a whole wrath of legislative items. Democrats are performing well in opinion polls so this election could go down to the wire.

UK third quarter GDP growth is due to be announced on Friday as well as a whole host of economic forecasts coming from the European Commission. Any discrepancy between EU and Italian forecasts may stoke fears of a further breakdown in the relationship between the EU and its third largest economy.

Earnings season continues into next week. Investors are awaiting results from the likes of Walt Disney, Softbank and BMW. Any signs of an earnings slowdown will only add to speculation that global economic growth is faltering.

First photo provided by The Economist