Global Bond Market Sell-off
This week saw a surge in US bond yields which propagated through global fixed-income, equity and forex markets. A combination of strong economic data and positive sentiment from the Federal Reserve chairman, Jay Powell, instigated widespread market turbulence. The positive economic developments have reinforced expectations that the Fed will stick to a programme of steady, gradual rate increases. Stronger data might not shift the Fed’s thinking on the number of rate increases next year, but the sharp rise in the yields this week suggests that investors are demanding more compensation for holding long-dated debt amid growing uncertainty over the central bank’s decision-making. 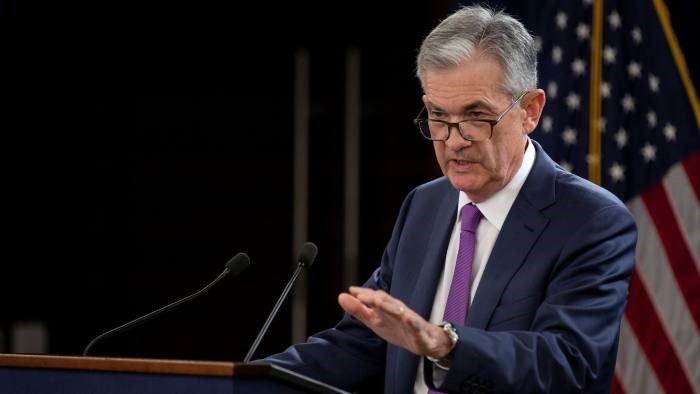 While the number of jobs created in the US in September undershot forecasts, the overall unemployment rate was better than expected, falling to 3.7 per cent – the lowest in over 49 years.  Average earnings met expectations, rising 2.8 per cent. The overhaul in investor expectations for the US economy and the prospect of more aggressive monetary tightening triggered the dramatic sell-off of global sovereign debt markets this week.

Stock markets also felt the heat of strong economic data as investors questioned whether higher interest rates will ultimately prove a drag on economic growth and corporate profits. Higher interest rates increase the cost of borrowing for companies – directly reducing corporate earnings. Higher rates also prevent companies from taking on additional debt and capital expenditures. The equity pullback stemmed from a combination of the speed of monetary tightening and the uncertainty surrounding just how aggressive the Fed can be without triggering a contraction. The S&P 500 ended Friday’s trading down 0.6 per cent, and the Eurofirst 300 fell 0.8 per cent. The FTSE All-World dropped 0.6 percent on Friday, to take its loss this week to 1.8 per cent.

Equities
Earlier in the week, optimism about Canada’s last minute decision to join the US and Mexico in the trilateral trade deal (The United States Mexico Canada Agreement, or USMCA) helped to drive the Dow Jones Industrial Average to a fresh high. Italian stocks corrected last week’s decline as they rallied on hopes of a more disciplined fiscal approach to the country’s looming budget. Milan’s FTSE MIB closed up 0.8 per cent on Wednesday, with the Stoxx index tracking European banks up 0.5 per cent. However, these gains were soon eradicated by the sovereign bond sell-off. London’s FTSE 100, France’s CAC 40 and Germany’s Xetra Dax 30 ended Friday with losses of 1.4 per cent, 1 per cent and 1.1 per cent respectively. Emerging market stocks were particularly hurt by the bond market turmoil. The FTSE index tracking bourses from 24 emerging markets nations fell 4.3 per cent for the week — one of the most severe declines of 2018.

Fixed Income
10-year US Treasury yields ended the week on a seven year high of 3.23 per cent and the equivalent UK and German government bond yields increased by 4bp to 1.72 per cent and 0.57 per cent respectively. Bond yields and prices move in the opposite direction. Higher yields (and, therefore, lower prices) indicate a fall in investor demand for holding long term sovereign bonds as a result of economic uncertainty surrounding the Fed’s long-term monetary policy.

A sell-off in Italian government debt, sent the yield on 10-year BTP bonds up by 15 bps to a peak of 3.45 per cent — the highest level in more than four years. Last week, the populist coalition government made an audacious proposal to increase the budget deficit to 2.4 per cent of GDP. Backlash from Brussels led to a sell-off of Italian assets. As talks on a national budget between the parties of the coalition continue, Italian assets remain exposed to the worsening relationship between Brussels and Europe’s fourth largest economy.

Forex
A strengthening dollar has hit Asian markets particularly hard this week. The Indonesian rupiah and the Indian rupee both hit 20 year lows. Respective central banks attempted to shore up the currencies but to little avail. The rupia slipped a further 0.7 per cent to Rp15,175 per dollar and the rupee was down Rs73.345 to the dollar.

The effect of US monetary tightening continues to cast a shadow over emerging markets. Rising US yields have a twofold effect on developing nations – a reversal of capital flows and an increase in dollar-denominated debt. As US markets become more attractive, investment in emerging markets dries up and investors flood the safer US market. Secondly many emerging market governments and corporations have taken advantage of historically low dollar financing. A stronger dollar increases their debt burden in real terms, increasing the possibility of foreign defaults.

Commodities
Brent crude, the international benchmark, breached $85 for the first time since November 2014 and ended the week up nearly 2.5 per cent at $85.16. The main US marker, West Texas Intermediate, rose 3.3 per cent to $75.64. Despite widespread coverage of the Sino-US trade war, President Trump’s confrontation with Iran is having a more immediate impact on oil prices. Mr Trump’s looming sanctions on oil exports from Iran combined with the Venezuelan sovereign debt crisis will curtail global supply just as demand climbs to 100 million barrels a day. The combination of reduced supply and excess demand is predicted to put immense upward pressure on global oil prices.

The Week Ahead
Finance ministers and central bankers of the world’s leading economies will meet in Bali for what many believe will be a key G20 summit. A major concern for the parties involved is the state of the global economy against the backdrop of international trade tensions. Also up for discussion is the growing financial stresses in emerging markets and the impact of monetary policy normalisation in countries that have emerged from the economic downturn a decade ago. The meeting should provide investors with some insight into how the world’s leading economists intend to react to these foreboding threats – if at all.

The latest round of UK economic data will be released throughout the week. Investors will be looking at the GDP figure for the three months between June and August as well as construction, manufacturing and services production figures. These results come against a backdrop of stronger than expected results in the previous quarter. Investors will pour over the data to determine the capacity of the British economy, particularly as a no-deal Brexit becomes a very real threat.

JP Morgan Chase will kick off the Q3 earnings season this week. The other financial heavyweights will follow suit in the coming days and weeks.